Get fresh music recommendations delivered to your inbox every Friday.

Get Up, Stand Up (Sign of Life) FREE DOWLOAD 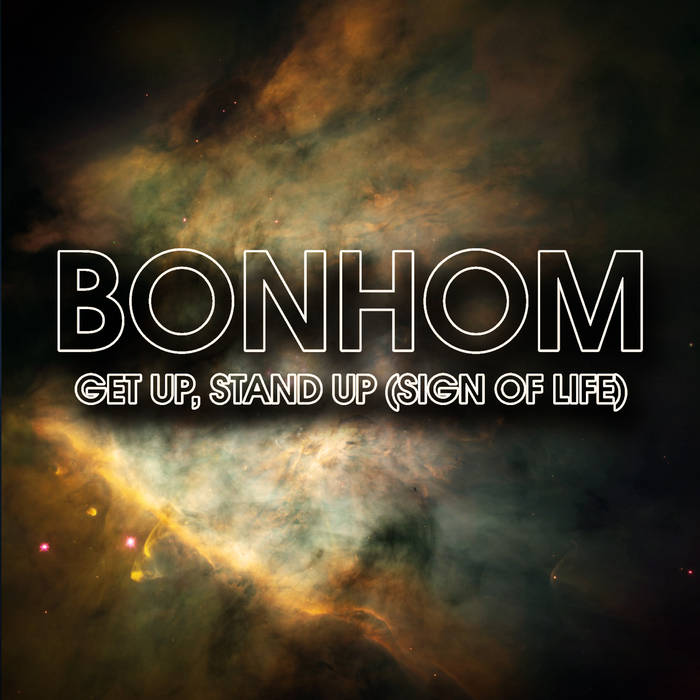 'Get Up, Stand Up (Sign of Life) is the second single off of Los Angeles based songwriting duo Bonhom. Bonhom is a new pop project co-created by James Coleman and Diwon. The two produce their own unique brand of epic dream like pop which you may have heard on your favorite TV programs. Bonhom recently had their song “Live for the Now” featured in the season premier of Witches of Eastend. Their single NYE has been picked up by Indaba Music and is currently being remixed by over 35 countries.

With Bonhom’s forthcoming album, Sex War, set to be January 20th, the two defy genres and labels blending elements of folk, pop, hip hop, edm and rock into an unmistakable sound that is Bonhom.

With over fifteen years in the music business, most notably with Maverick Records and Warner Brothers, James Coleman has toured and performed internationally and has licensed songs for commercials, compilations, and various film projects. During his stint at Warner Brothers, Coleman co-wrote with artists such as Aaron Kamin (The Calling), Jess Cates (Nick Lachey & the Backstreet Boys), and Stacy Jones (American Hi-Fi). For Coleman, music is a path to self-actualization even as it enables him to empathize with all types of people.

With over a decade of experience producing and performing, Diwon skillfully blends psychadelia with modern electro hip-hop, dancehall, and pop. Dubbed a “buzzmaking beatsmith” by The DJ Booth, URB noted that “Diwon is something else…in a profound kind of way,” calling his sound titillating and “juicy for the ears.” The Village Voice described his productions as “adventurous and banging.” Diwon has remixed a diverse array of artists from Dizzee Rascal and Miike Snow to The XX and Lana Del Rey. MTV highlighted Diwon’s blend of hip hop and dancehall while 2DOPEBOYZ and Vibe Magazine’s allhiphop.com have also noted Diwon’s rap flips of 80′s inspired sonics

Bonhom blends pop, rock, and electronic elements to create innovative tracks ranging from their NYE with its slow build from a bass-driven atmospheric refrain into a massive rock hook, to infectious party anthems like “Animal” and “Top of the World”, while songs like “Your Eyes” draw inspiration from Bjork and Depeche Mode. Bonhom’s singles, “Live for Now” and “Get Up, Stand Up (Sign of Life)” embody their main message and music which compel listeners to live in the moment, let go of the past, and embrace the future. With a fantastic fusion of their musical talents, Coleman and Diwon produce the songs of which dreams are made.

Los Angeles based songwriting duo Bonhom is a new pop project co-created by James Coleman and Diwon. The two produce their own unique brand of epic dreamlike pop which you may have heard on your favorite TV programs.

Now, Bonhom wants you to remix their new hit single "NYE". Take these stems and bust a remix that make us party like its 2015!

Bandcamp Daily  your guide to the world of Bandcamp